Tamim Iqbal brought up his ninth Test century in an heroic one-man stand for Bangladesh.

Tamim Iqbal brought up his ninth Test century in an heroic one-man stand for Bangladesh before New Zealand fought their way back into the first Test in Hamilton on Thursday.

After being sent into bat on a green-tinged wicket, Bangladesh were 217 for seven at tea.

Tamim, Bangladesh’s most prolific run-scorer, was out midway through the middle session for 126 having scored all but 54 of the tourists then total of 180 for five.

The 29-year-old left-handed opener batted at a run-a-ball pace and smacked 21 fours and a six as he feasted on a diet of short pitched deliveries.

Mahmudullah Riyad and Liton Das added 27 for the sixth wicket before Mahmudullah fell for 22 leaving Das unbeaten on 14 at tea.

Neil Wagner was doing the damage for New Zealand with four for 35.

As the New Zealand bowlers searched fruitlessly for an outside edge, Tamim punished the barrage of wide deliveries, putting on 57 in even time with Shadman Islam at the top of the innings and then adding 64 with Mominul Haque for the second.

Shadman was first to fall for 24 while Mominul assisted by holding out for 46 deliveries for a 12-run contribution.

Tamim continued to score freely until a rare rash stroke saw him steer a wide delivery from Colin de Grandhomme straight to Kane Williamson in the gully.

It was a make-good wicket for de Grandhomme who had spilled a simple return catch when Tamim was on 65.

On 93, Tamim had another life when he ducked under a Southee bouncer and the ball hit the toe of the bat before ballooning away from wicketkeeper BJ Watling. 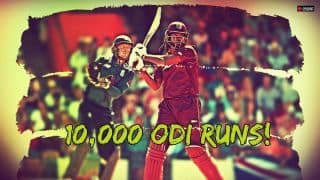 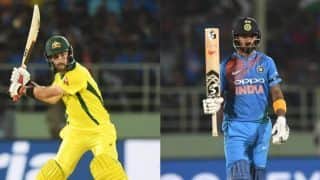