Both New Zealand and England clash will be the ninth day-night Test and the first to be played in New Zealand.

New Zealand received a boost Wednesday, on the eve of the first Test against England at Auckland’s Eden Park, with confirmation senior batsman Ross Taylor is fit to play. Taylor, who has a Test average of 48.04, had been battling a groin injury and a stomach bug but captain Kane Williamson said he had completed a full training session without problem.

“He’s good to go so that’s great news for us,” Williamson said. “Roscoe has played beautifully every time he’s walked out to the crease, the calmness at the crease, the confidence. “It’s reflected in how much success he’s had this year. It’s important for us as a team that he’s there.”

The clash will be the ninth day-night Test and the first to be played in New Zealand. Williamson described it as a “slightly unique and an exciting opportunity”, but did not want to over-think the possible pitfalls of heading into the unknown.

“There is probably a danger of over complicating some of the finer parts of the pink-ball game,” he said, pointing to variable characteristics at different stages of the ball, times of day and in different climates.

“There’s definitely some unknowns. There’s a lot of talk about the evening session and the condition of the ball in that time.

“There’s heaps of different stats but there’s still unknowns. The sample size of pink-ball cricket is fairly small but it’s important that you adapt as a change of conditions may happen coming into different stages of the day.”

New Zealand are likely to make two changes from their last Test, against the West Indies. Williamson said Todd Astle would replace Mitchell Santner as the spinner in the side and BJ Watling would return as wicketkeeper.

Watling has recovered from the hip injury which sidelined him from the West Indies’ Tests in December.

New Zealand have played one day-night Test when they lost the inaugural match under lights against Australia in 2015. England have played twice with the pink ball, winning at home against the West Indies last August and losing to Australia at Adelaide Oval in early December. 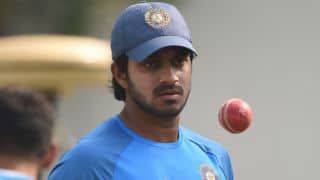 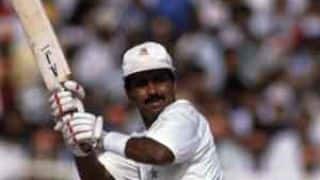