After clinching the first ODI narrowly from the jaws of defeat, New Zealand gear up to take on England in the second of the five-match series. The match will be played at Bay Oval, Mount Maunganui. This will the first time New Zealand and England clash at this venue in the 50-overs format. The live streaming of the match will be available on HotStar, while the second ODI will telecast live on Star Sports Select HD 1 and Star Sports Select 1 in India. The matches can also be watched on SKY Sport NZ in New Zealand; all matches live streamed on the Sky Go. In England, one can view matches on Sky Sports Cricket.

All eyes were on Ben Stokes in the first ODI, as it was his first game after ECB s ban. He went on to score 12 and claim 2 wickets. Mark Wood s participation is more or less out of the picture after he suffered an ankle injury. Kane Williamson s availability is also in question after he missed out on playing the first ODI due to hamstring strain. New Zealand will be chasing their tenth straight win in the format, a record for them. 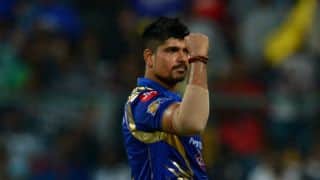