Half centuries by Nick Compton and Jonathan Trott put England in a dominant position at tea on the opening day of the second Test against New Zealand. 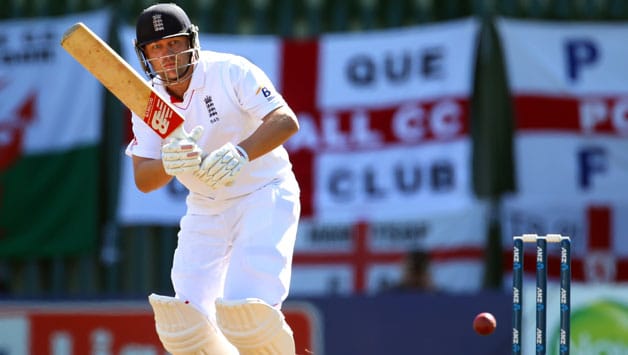 Half centuries by Nick Compton and Jonathan Trott put England in a dominant position at tea on the opening day of the second Test against New Zealand.

The tourists were 162 for one at the break, with Compton unbeaten on 73 and Trott 68 not out after New Zealand failed to take a wicket in the second session.

Black Caps skipper Brendon McCullum was left to regret his decision to send England into bat after winning the toss, as the pair racked up a 136-run partnership after Alastair Cook’s dismissal for 17 in the first hour of play.

The Basin Reserve pitch in Wellington failed to provide the bounce and movement that McCullum was looking for. Overcast conditions gave way to blue skies, offering little for the bowlers as Trott and Compton prospered.

Determined not to repeat the mistakes of the drawn first Test in Dunedin, when England were bowled out for 167 in the first innings, the tourists were content to make steady progress on the docile surface.

Cook’s dismissal was the only blemish, with the England captain misjudging an inswinging delivery from Neil Wagner and scooping the ball to Peter Fulton at mid-on.

After reaching 75 for one at lunch, Compton and Trott went on the attack, taking 40 off six overs before spinner Bruce Martin was brought on to stem the flow of runs.

Compton, who scored his maiden Test century in Dunedin, looked full of confidence and brought up his half-century off 103 balls including six fours, consolidating his opening spot, which had been under pressure from Joe Root.

Despite drawing the rain-affected first Test, the tourists remain firm favourites to win the three-Test series.

New Zealand, ranked eighth in Test cricket, have not won a series against England since 1999, with their sole series victory on home soil back in 1984.

Clive Rice: Sachin Tendulkar should play until not a drop of juice is left in that orange