Ben Stokes was announced as vice-captain at the start of the year but Anderson filled his boots in the Ashes due to his unavailability.

James Anderson who was the vice-captain in the Ashes series has retained his position for the upcoming New Zealand Test series as well. Ben Stokes was announced as vice-captain at the start of the year but Anderson filled his boots in the Ashes due to his unavailability.

Stokes, who played the limited over series against New Zealand has returned to England regarding the Bristol nightclub incident in September, last year. Head Coach Trevor Bayliss was impressed with Anderson’s impact in the Ashes series and is happy to retain him for that position for the New Zealand Test series as well.

India will be touring England in July for a 3 T20I, 3 ODI and 5 Test series. Stokes trial regarding the nightclub case is scheduled to begin from August 6 and is expected to last for few days. This means Stokes will miss the second Test against India at Lord’s.

“I’m delighted Joe has asked me to do it again for this series,” Anderson told the BBC. “It doesn’t change my role in the team a huge amount. I see myself as a senior player and I’m there for people if they need advice. Certainly if Joe needs help on the field, I’m there for him.”

England faced an embarrassing defeat against Australia by 4-0 in the Ashes series. However, Anderson belives that the team has learned from the mistakes and have a good chance against New Zealand.

“I know the scoreline says 4-0, and it looks like we got thrashed. But in each Test match I don’t think we were that far away. We got ourselves into games at certain times, and it was a bad half-hour or an hour here and there that really cost us the games we lost. I think that’s the learning curve for us,” he concluded. 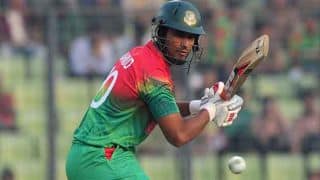 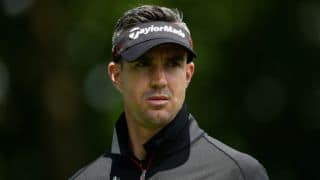