Guptill who has been a regular opener for New Zealand in the limited overs format played a good hand in the practice match against England XI.

Ross Taylor was struggling with thigh injury when he smashed 181* in the 4th ODI against England is still to recover completely. Martin Guptill has been added in the squad as a cover for Taylor ahead of the Day-Night Test at Eden Park in Auckland.

Guptill who has been a regular opener for New Zealand in the limited overs format played a good hand in the New Zealand XI versus England XI practice match, scoring 73. He might get a place in the playing XI against England if Taylor is unfit.

“We opted for extra batting cover for that final spot and with Martin having been playing in the middle-order recently, he can cover a number of positions for us,” selector Gavin Larsen said.”Ross is progressing nicely and is expected to take a full part in training tomorrow.”

It was in 2016 when Guptill was last seen in whites playing for his nation. He also played only one game in the Plunket Shield this season. The first Test is scheduled on March 22 at Eden Park, Auckland. 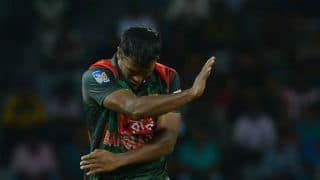 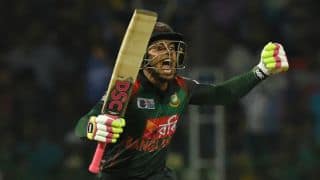