New Zealand are high on confidence after a series win against Sri Lanka.

New Zealand will take on Pakistan in the final bilateral series ahead of the ICC World Cup 2015. For both teams, this series will be the final dress rehearsal for the mega event. The first game of the two-match One-Day International (ODI) series is scheduled to be played at the Wellington Regional Stadium in Wellington on Saturday, January 31.

New Zealand are high on confidence following their series wins against Sri Lanka and Pakistan. The Kiwis played Pakistan in United Arab Emirates (UAE) in last December and won the five match ODI series 3-2. That was a major achievement for Brendon McCullum -led team, which is considered as one the favourites to win the World Cup. They followed it up with a 4-2 home series win against another Asian giant, Sri Lanka. So before the start of this short series against Misbah-ul-Haq‘s Pakistan, New Zealand will be high on confidence.

Pakistan, on the other hand would be hurt, following their series loss against the very same team and now they would love to turn the tables in their favour by giving a taste of defeat to the Kiwis at their own backyard. They will primarily rely on their bowling unit to take most of the responsibilities. On the bowling friendly conditions in New Zealand, pace bowlers like Wahab Riaz, Mohammad Irfan, Ehsan Adil can become handy. Also they have quality spinners to back up their pacers.

This series will be a test for vulnerable Pakistan batting unit. The team management will depend on the experience pair of Misbah-ul-Haq and Younis Khan to take spearhead Pakistan batting. But apart from them, young players like Mohammad Hafeez, Ahmed Shehzad, Umar Akmal, Sarfraz Ahmed need to put up a good show if Pakistan want to do well not only in these two ODIs but also in World Cup.

The prime objective of both teams from this series is to find out the best possible combination for World Cup, which is just 15 days away. For Pakistan, it will be a good opportunity for the young members of the team to acclimatise with the conditions. 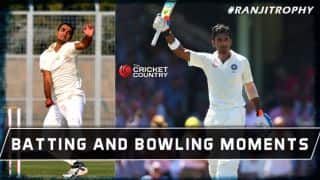 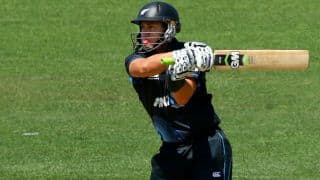