New Zealand will play two ODIs against Pakistan in this series.

New Zealand take on Pakistan in the final bilateral series before the ICC Cricket World Cup 2015 gets underway from February 14. The first game of the two-match ODI series is schedule to be played at the Wellington Regional Stadium in Wellington on Saturday, January 31. READ: New Zealand vs Pakistan 1st ODI Preview

New Zealand are high on confidence following a series win against Pakistan last December and a good series against Sri Lanka at home as well. Following their good track record at home and with the mega event being held at their own backyard, the Kiwis would love to get trophy in their bag to gain full confidence before heading in to the World Cup.

Pakistan, on the other hand would be hurt, following their ODI series loss against the very same team, a couple of months back in UAE and would love to turn the tables in their favour by giving a taste of defeat to the Kiwis at their own backyard. However, going by the conditions, traditions and records, it would be an uphill task for them, but not impossible as they have the perfect ammunition to do so. 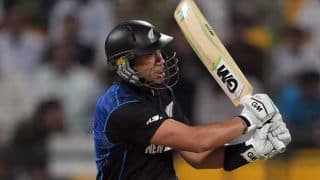