Pakistan on Sunday suffered an eight-wicket defeat against New Zealand in the first Test of the ongoing two-match series at the Hagley Oval in Christchurch.

Pakistan batsman Azhar Ali has admitted that the team is having problems while facing short-pitched deliveries, saying they are working on their ability to handle short balls, but they require time to do that. Pakistan on Sunday suffered an eight-wicket defeat against New Zealand in the first Test of the ongoing two-match series at the Hagley Oval in Christchurch. If you come to this part of the world, you do expect that [short-pitched deliveries] You expect teams from subcontinent to be tested with that short stuff and we all knew that. But as time goes on, we ll get better, and we re hopeful to turn things around quickly, Azhar was quoted as saying by Express Tribune. The Misbah-ul-Haq-led side s inability to tackle the short stuff was exposed during the first Test where they lost the wickets of Babar Azam, Younus Khan, Asad Shafiq, and the skipper, all to short-pitched deliveries in their second innings. FULL CRICKET SCORECARD: New Zealand vs Pakistan, 1st Test at Christchurch

The Hagley Oval pitch responded remarkably to the pacers and the Black Caps exploited those conditions to their full potential. However, Pakistan refused to pin the blame on the seam-friendly conditions. This is perhaps the most seam-friendly pitch I ve played on in my international career. Here the movement is there for longer. These are New Zealand s home conditions so we, as a professional team, just have to play on whatever we get, and that s it, the 31-year-old batsman said.

Misbah s deputy, who will lead the side in the last Test against the Black Caps, added, You usually don t see in Australia, New Zealand or England a pitch that supports seamers so much. But this is the pitch we got, and New Zealand played better than us. After the second Test, Pakistan will then fly to Australia to play a three-match Test series commencing next month. 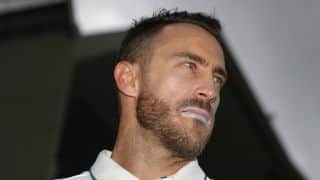 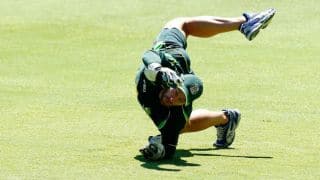