If New Zealand manage to get Pakistan bowled out in the first session, they will be able to dictate the match entirely.

Pakistan resume Day Three of the of the second Test at Seddon Park, Hamilton at 76 for 5, trailing New Zealand by 195 runs. Babar Azam is at the crease on 34 along with Sarfraz Ahmed batting on 9. They have put on 25 off 46 for the sixth wicket so far and this partnership will be crucial in ensuring Pakistan get as close to New Zealand s total. New Zealand were bowled out for 271 in their first innings. Opener Jeet Raval top-scored with 55 and wicketkeeper-batsman BJ Watling was left stranded on 49. Colin de Grandhomme and Ross Taylor played useful hands, scoring 37 each in quick time. Sohail Khan and Imran Khan picked up three scalps each to help Pakistan dismantle New Zealand. LIVE CRICKET SCORECARD: Pakistan vs New Zealand, 2nd Test at Seddon Park, Hamilton

New Zealand resumed Day Two on 77 for 2. There were only 21 overs bowled on Day One as rain played spoiltsport. On Day Two, rain stayed away and we were able to get a full day s play. There may be some interruptions on Day Three as well due to rain which may eat up few overs. However, New Zealand are right on top in this match. Unless Pakistan s middle and lower-order wag, they might end up conceding a huge first innings lead. Azam and Sarfraz must stick around and look to take Pakistan to a good position. For New Zealand, Tim Southee wrecked havoc initially, sending back three Pakistan batsmen, including the experienced Younis Khan back to the pavilion with just 12 runs on the board. Asad Shafiq and Azam added 39 for the fourth wicket which dug Pakistan out of trouble initially but the former fell to give Neil Wagner his first wicket of the match.

Debutant Mohamad Rizwan played a rash shot off the very first ball he faced in Test cricket to give Wagner his second scalp in as many deliveries. Sarfraz however survived the hat-trick delivery and played out the remaining overs along with Azam without further damage. New Zealand certainly have the advantage going into the third day but cannot take Pakistan for granted. They will look to be clinical and bundle Pakistan as early as possible. If they manage to get Pakistan bowled out in the first session, they will be able to dictate the match entirely. If Pakistan concede a big lead, they will be forced to chase a big fourth innings target. With the top-order failing to fire and their regular skipper Misbah-ul-Haq unavailable for this match, they will have their task cut out to save the Test.

On Day One, Pakistan had won the toss and elected to bat first. Azhar Ali is leading the side in Misbah s absence who has flown back home following the death of his Father-in-Law. Pakistan have also roped in Rizwan and Imran for this match, dropping Yasir Shah after he went wicketless in the first Test. Trent Boult misses out due to injury and Todd Astle has been benched for this encounter. Matt Henry and Mitchell Santner have returned to the playing XI as a result. Both of them are yet to pick up a wicket in this match. Day Three might be the day they take centre stage with lots at stake for the visitors. 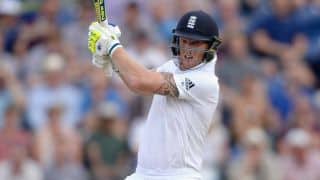 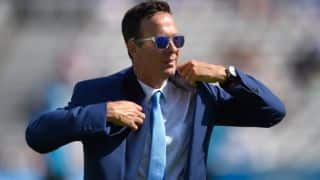