Where New Zealand want to get back to basics and start afresh, South Africa want to maintain their consistency.

Confident New Zealand Women are set to make it 2 off 2 against stiff competitor South Africa in match 6 of ICC Women s World Cup 2017 at County Ground in Derby. For New Zealand it was a cake walk against Sri Lanka, courtesy Holly Huddleston s maiden World Cup 5-for. For South Africa it was less straightforward where the match zeroed down to Shabnim Ismail and Sune Luus eighth-wicket stand of 30 runs to snatch the victory from Pakistan. However, both the sides are in no mood to take each other lightly. Where New Zealand want to get back to basics and start afresh, South Africa want to maintain their consistency.

The occasion gets all the more important for the White Ferns with their skipper Suzie Bates completing her 100th ODI. Only seven other New Zealand women cricketers have achieved this milestone earlier. An ecstatic Suzie told ICC, So to still be playing at 29, and be able to play in my 100th game on Wednesday is exciting. I can’t remember how the last 10-11 years have gone. You look at the other names on the list; there are some greats – Debbie Hockley, Sara McGlashan, Amy Watkins. Then there’s Haidee Tiffin (the current coach of the White Ferns), who was captain when I was playing. That was pretty inspiring to be playing with these players, and now to be in the same list is amazing.

Suzie made her debut in World Cup on 2009 and ended with just 2 runs. However, she was the top-scorer in the 2013 edition. She has already announced herself in this edition as well with an unbeaten century, second in the World Cup, against Sri Lanka. This time around, the focus will be very much on the skipper once again.

Amy Satterthwaite, who played the second fiddle along with Suzie against Sri Lanka, made the task look easier when Rachel Priest looked not at her best. Amelia Kerr, the 16-year-old, who broke the partnership between Chamari Polgampola and Chamari Atapattu, is showing signs of being the next big thing for New Zealand already.

After thrashing Bangladesh 4-1, South Africa managed to earn the runners-up spot in the thrilling World Cup Qualifier final against India. They could not move ahead of the runners-up spot as India sailed to victory in the quadrangular home series as well.

This time around it was a do-or-die situation for the South African women and they just managed to evade from Pakistan s spin trap with a much-needed partnership in the final few overs to earn their first win.

South Africa s testing time begins from Wednesday where they face all the champions New Zealand, England and West Indies. However, they would want to take cues from their inaugural Women s ODI Championship.

South Africa had ended England s 16-match winning streak in 2004. In the 7-match ODI series against New Zealand last year, the home side South Africa recorded their first victory over Suzie-led side in the 50-over format with two wins. Yet, the No. 6 ranked South Africa skipper Dane looks for consistency from her side.

The opening pair, Lizelle Lee and Laura Wolvaardt, made their intentions clear with a 113-run stand against Pakistan chasing 207. The middle-order would be expected to step up. Their collapse led to a situation where South Africa almost lost the game. The middle-order comprising of the 100-ODI old Mignon du Preez, Dane, Chloe Tyron and their mainstay player Trisha Chetty, can provide a tough fight to the White Ferns. And with Shabnim along with Sune Luus and Ayabonga Khaka handling the ball, South Africa are ready to face the big three this week. Not to forget, Moseline Daniels was fantastic with the ball as well, which makes their pace attack the best in the tournament. 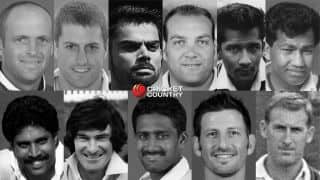 The K’s: Solid batsmen, quality all-rounders and a surfeit of wicketkeepers to choose from 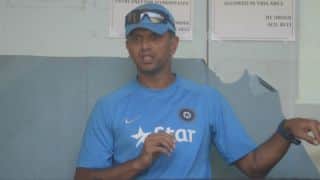