New Zealand will like to give it back to South Africa after losing the last Test series against them in 2016.

New Zealand have boosted their spin options against South Africa by including Jeetan Patel in a 13-man squad for the three-Test series against the Proteas beginning next week. Off-spinner Patel and all-rounder Jimmy Neesham were the two players recalled to the squad on Friday, coming in at the expense of quick Matt Henry and batsman Dean Brownlie. Selectors also confirmed that short-ball specialist Neil Wagner was fit for the series after a hand injury last month put him under an injury cloud. Full Cricket Scorecard, New Zealand vs South Africa, 1st Test

As expected, there was no room for opening bat Martin Guptill, despite his unbeaten 180 this week in the fourth ODI against the Proteas in Hamilton. Patel, 36, has had a stop-start 21-Test career, making his debut in 2006 but dropping off the radar from 2013-2016 before joining the Black Caps’ tour of India.

After returning home, he was discarded again for Test series against Pakistan and Bangladesh but has enjoyed a strong domestic season with Wellington. Chief selector Gavin Larsen said Patel had the ability to turn the ball away from South Africa’s left-handers, complementing fellow spinner Mitchell Santner. “He brings a huge amount of experience to the team and gives us the balance of having two frontline spin options,” Larsen said.

The first Test begins in Dunedin on Wednesday followed by two more in Wellington and Hamilton later this month. Before then, the Black Caps and South Africa face-off in an Auckland decider on Saturday for the ODI series, which is currently locked at 2-2. 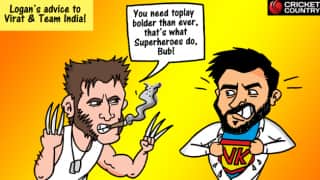 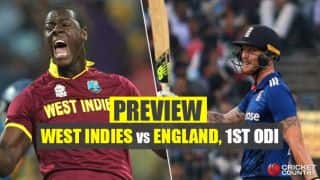