Following an unfortunate draw in the opening Test at the University Oval in Dunedin, hosts New Zealand get set to face off against the might visitors South Africa on Day 1 of the second of the three-Test series at the Basin Reserve Ground in Wellington on Wednesday. The live cricket streaming of the match will be available on OSN Play, Foxtel Go and SKY GO. As for the live cricket telecast, it will be available on Sky Sport 1 in New Zealand, Fox Sports 2 in Australia, SuperSport in South Africa, Sky Sports in United Kingdom (UK) and OSN Sports in the Middle East. FULL CRICKET SCORECARD, New Zealand vs South Africa, 2nd Test at Basin Reserve, Wellington

Wellington offers the most pace and bounce of all the New Zealand grounds. New Zealand, heading into the Test, have a few glaring issues on hand, the most significant of which is the injury concern to Trent Boult. Boult, currently nursing a sore hip from the first Test, did not participate in the training session on Monday. Tim Southee could get a look in the playing XI if Boult does not recover till the eve of the Test. Another change that the home side is forced to make is to replace Ross Taylor with Neil Broom. Broom brings in 15 years worth of experience in First-Class cricket.

South Africa, on their part, may opt to play the same set of players at Basin Reserve. They have called in Dane Piedt, but in all likelihood he will miss out at Wellington. The only concern for South Africa will be the form of Temba Bavuma, who made a valiant fifty in at Dunedin. 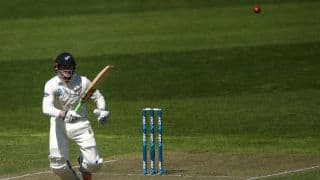 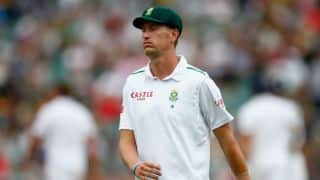