The toss for Match 25 of ICC World Cup 2019 between New Zealand and South Africa has been delayed due to wet outfield. Edgbaston, Birmingham saw a heavy spell of rain last night, but the rain has stayed away all morning.

The toss for Match 25 of ICC World Cup 2019 between New Zealand and South Africa has been delayed due to wet outfield. Edgbaston, Birmingham saw a heavy spell of rain last night, but the rain has stayed away all morning.

The inspection will be at 10:15 am local time, that is, 2:45 pm IST. The umpires are taking a stroll around and checking how damp the outfield is. There’s rain expected in the next one hour following which there will be bright sunshine

For one, these two teams do not do dull when it comes to the World Cup. No, really, they don t.

The 2011 quarter-final in Dhaka. The 2015 semi-final at Eden Park. In 2003, during a league match, South Africa made 306 and lost to New Zealand in a Duckworth-Lewis effected match thanks to Stephen Fleming s defining ODI innings.

There are tasty subplots, too. The supreme skill of Imran Tahir against a New Zealand batting lineup that against Bangladesh in a match they won by two wickets looked like it would lose its marbles. The impending return of Lungi Ngidi, who has not played a match since June 2. The question of whether South Africa will persist with Hashim Amla. 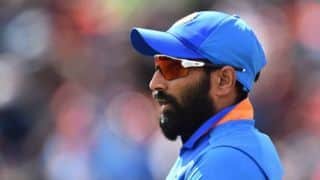 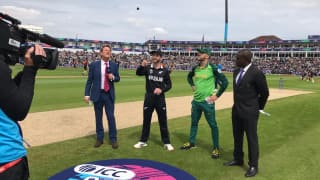