Currently New Zealand are 184 for the loss of six wickets with Corey Anderson batting on five.

New Zealand wicketkeeper-batsman, Luke Ronchi was run out for a golden duck by Tillakaratne Dilshan against Sri Lanka in the second of the seven-match ODI series at Seddon Park in Hamilton on Thursday. Currently New Zealand are 184 for the loss of six wickets with Corey Anderson batting on five as Nathan McCullum makes his way in. 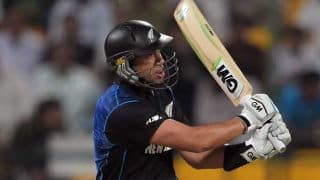 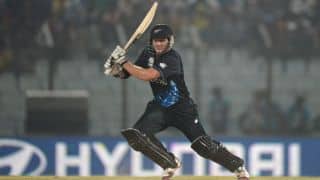 New Zealand vs Sri Lanka 2014-15: Corey Anderson run out for 5 by Angelo Mathews