Sri Lanka have reduced the deficit to 26 with seven wickets in tact.

Sri Lanka have reduced the deficit to 26 with seven wickets in tact and are en route to tilting the balance of the game. With the amount of overs left in the match, Sri Lanka may be able to put the Kiwis under pressure on the final day if they are able to notch up a total in excess of 500. A position of ascendency in the match seemed like a distant dream after the tourists conceded 441 in the first innings and were then bundled out for a paltry 138 in the first innings. The visitors have shown far greater resolve and have applied themselves significantly better in the second innings. 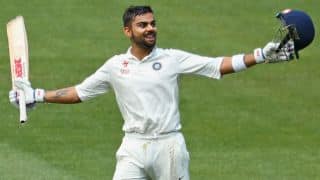