New Zealand are in rampaging form at the moment, and should face little hurdles from going 2-0 up in the upcoming fixture.

New Zealand clash Sri Lanka in the second game of the five-match One-Day International (ODI) series at the Hagley Oval in Christchurch, following their thumping seven-wicket victory in the first ODI at the same venue as the upcoming fixture. The Black Caps are firm favourites to go 2-0 up in the series, with the side firing on all cylinders despite the absence of a few key members of their side. Sri Lanka have several issues to address ahead of the second game if they are to prevent another catastrophic collapse, and go one step further towards surrendering the 50-over leg of their New Zealand tour meekly like they did in January. LIVE CRICKET SCORECARD: New Zealand vs Sri Lanka 2015-16, 2nd ODI at Christchurch

Looking back at the first game at the Hagley Oval, Milinda Siriwardana and Nuwan Kulasekara were the only reasons why the Sri Lankans managed to reach a score within the range of 200 and batted out 47 of their sanctioned 50 overs. The top-order crumbled like a pack of cards against a fiery Matt Henry spell that reduced the Sri Lankans 27 for 5; at one point of time it seemed visitors might get bowled out for less than 100. The tourists could barely withstand the Kiwi charge at the start of the innings, despite the absence of the regular new-ball duo of Trent Boult and Tim Southee. READ: New Zealand thrash Sri Lanka by seven wickets in 1st ODI at Christchurch

The visitors will be without the services of leading pacer Lasith Malinga in the second one-dayer as well, as he is yet to recover from an injury on his right knee. The crippled Sri Lankan attack barely had an answer to the destructive opening duo of Martin Guptill (79) and Brendon McCullum (55). In the wake of such a sloppy performance, one would expect Sri Lanka skipper Angelo Mathews and the rest of the team management to make a few changes heading into the second ODI.

Thisara Perera, who was called in as the standby player to replace Malinga, is a tried and tested all-rounder, and one does not see why he should not be given a chance in the second game, even if it means him replacing Chamara Kapugedera. Nuwan Pradeep was one of the few members of the Sri Lankan touring party to have performed well in the Tests, though the team management would be left with only two choices out of the trio of Pradeep, Suranga Lakmal and Dushmantha Chameera.

As far as the New Zealand camp is concerned, Kane Williamson’s chances of featuring in the second match still look bleak, which should allow Tom Latham to continue to bat at No. 3. Given how easily they ran over the tourists in the first game, it will not come as a surprise if skipper Baz opts to retain the winning combination for the second match as well. 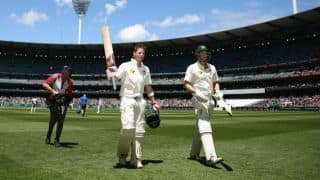 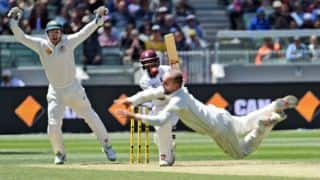