The allrounder Jimmy Neesham has returned to New Zealand‘s XI for the first time in nearly 17 months, slotting into the team for the first ODI against Sri Lanka at Bay Oval on Thursday.

Neesham, who last played international cricket during the 2017 ICC Champions Trophy, forced his way back into the reckoning with a successful 2018-19 Ford Trophy followed by two games for New Zealand A versus India A last month. (ALSO READ: New Zealand opt to bat in first ODI of 2019)

The 28-year-old finished as the second-highest run-getter of the Ford Trophy with 503 from 11 innings at an average of 71 and strike-rate of 110.79, with two hundreds – the only of his List A career – and three fifties. Neesham s seam bowling has been handy too, with 13 wickets at an economy of 5.81.

He had lost his place in September 2017 after managing a solitary half-century in 11 ODIs that year and only four wickets. (LIVE SCORECARD: NEW ZEALAND vs SRI LANKA) 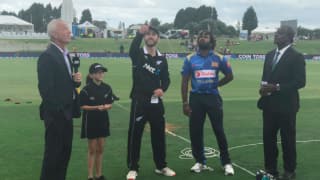 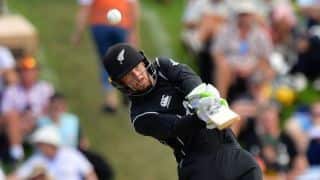