New Zealand have won three series in a row four times, but have never been able to make it four.

A record fourth successive series win is the focus for Kane Williamson’s New Zealand  as the winner-takes-all Boxing Day Test versus Sri Lanka gets underway on December 26 at Christchurch’s Hagley Oval.

The draw in Wellington denied New Zealand the chance to leap to second in the ICC Test rankings for the first time, and now Williamson’s team will back themselves to beat Sri Lanka after their coach, Gary Stead, called on curators to prepare friendlier surfaces.

Past New Zealand teams have won three series in a row, but never four. A win will make Williamson New Zealand’s third most successful Test captain.

After taking a lead of 296 courtesy Tom Latham’s monumental unbeaten 264, New Zealand reduced Sri Lanka to 20/3 by stumps on day three at Basin Reserve but were thwarted by an epic rearguard partnership of 274 between centurions Kusal Mendis and Angelo Mathews on a wicketless fourth day, before rain on the last day rescued the visitors.

Sri Lanka will have taken plenty from that result, and now need to brace for a fightback from the hosts at a venue where the bowlers are expected to have more help. Christchurch has had plenty of rain in the last month, but Hagley Oval’s head groundsman says the venue is fine for Boxing Day.

Weather: Partly cloudy with a high of 16

The pace trio of Trent Boult, Tim Southee and Neil Wagner and one spinner in Ajaz Patel look to be repeated, which means that Matt Henry will once again sit out.

Two single-digit scores for Danushka Gunathilaka could put Lahiru Thirimanne back in the XI. Dhananjaya de Silva also failed, scoring 0 and 1, but his place appears certain given his recent success. Kasun Rajitha bowled 34 wicketless overs in Wellington, going at 4.23 runs per over. His place could go to Dushmantha Chameera.

– Since the boutique venue Hagley Oval first hosted a Test match in 2014, New Zealand have won three of five games there, losing and drawing one each.

– Dilruwan Perera needs one wicket to get to 150, only the fourth Sri Lankan to do so.

– Kusal Mendis is 59 runs shy of the 1000 mark for the year. Joe Root is seven runs ahead of him, meaning that Mendis could finish 2018 as the second-highest run-scorer in Tests after Virat Kohli.

“We’re very proud of our home record and I guess that’s one of the challenges for us now. It’s a one-off test match where the series is on the line.” – Craig McMillan

“We got so much confidence from that game for this game. If we get some movement here our bowlers will do the job and they know what areas they must bowl at. Unlike in the subcontinent we have to bowl fuller here.” – Niroshan Dickwella 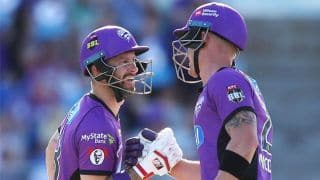