The Wellington draw left Stead wanting more in Christchurch but not at the risk of an early finish.

New Zealand coach Gary Stead is hopeful that the surface at Christchurch’s Hagley Oval, venue for the Boxing Day Test against Sri Lanka, will be a greener and friendlier one than what was served up in the first Test in Wellington.

After taking a lead of 296 courtesy Tom Latham’s monumental unbeaten 264, New Zealand reduced Sri Lanka to 20/3 by stumps on day three at Basin Reserve but were thwarted by an epic rearguard partnership of 274 between centurions Kusal Mendis and Angelo Mathews on a wicketless fourth day, before rain on the last day rescued the visitors.

While Stead acknowledged that a blustery fourth day wind had “sucked the moisture” out of the Basin Reserve pitch, he indicated strongly that green tops were the way New Zealand want to go in order to win Tests at home.

“Traditionally we have good wickets here in New Zealand and they’re more batter-friendly than what they are in a lot of other places in the world,” said Stead after the draw in Wellington. “Getting Test wins in New Zealand is difficult. We need to keep looking at our ways to find chances when it’s tough. And the conditions were very, very tough out there.”

ALSO READ: We tried everything to break Mathews-Mendis partnership: Williamson

The Basin Reserve is known to assist swing and seam – aided by at traditionally favourable windy conditions – with the home team’s pace bowlers finding success at the iconic venue. In December 2017, the left-arm quick Neil Wagner claimed career-best innings figures of 7/39  and a match haul of 9/141 as New Zealand triumphed hammered West Indies by an innings and 67 runs.

In January 2017, the Basin Reserve surfaced aided the batsmen for most of a Test against Bangladesh, before New Zealand blew away the visitors on day five. Bangladesh made 595/8 in 152 overs, after which New Zealand replied with 539 in 148.2. On the final day, however, the home team’s bowlers dismissed Bangladesh for 160 and chased a target of 217 in 39.4 overs.

This week, however, a flatter surface left Stead wanting more in Christchurch but not at the risk of an early finish.

“It’s the weather factor and the environment that makes it tough. The danger is if you put a pure green seamer out and you get overhead conditions and a test match is over in two days,” Stead said. “I was involved in some first-class games last year, I think three of them were over within two days. I don’t think that’s a great spectacle for Test cricket. It’s trying to find that right balance between bat and ball and that can be really tough in our environment. You don’t get the pure heat to really dry the wickets out.”

Since the boutique venue Hagley Oval first hosted a Test match in 2014, New Zealand have won three of five games there, losing and drawing one each. New Zealand will hope for more pace and bounce for the Boxing Day Test against Sri Lanka.

“What we want to see at all our grounds is when you turn up you genuinely want to consider batting first because you know the wickets will deteriorate enough on the last day that you don’t want to be batting. I’m not sure there’s that many grounds where you can honestly say that,” said Stead. “Our conditions are unique and we’ve been successful here over a long period of time. You go to different places… we have to be able to adapt and we have to be able to take wickets. 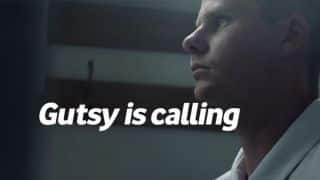 Steve Smith in TV ad: It’s ok to be vulnerable, I want to come back better than I was 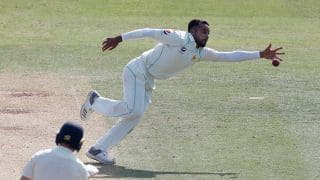