New Zealand are on a high after a comprehensive win in the second Test earlier in the week.

New Zealand captain Kane Williamson won the toss and elected to bat in the first one-day international against Sri Lanka in Tauranga on Thursday.

“It looks like a good surface so we’re going to try and make use of it first up. It looks hard,” Williamson said.

New Zealand are on a high after a comprehensive win in the second Test earlier in the week.

They are also ranked third in the ICC one-day international team rankings, well ahead of Sri Lanka who are eighth. (LIVE SCORECARD: NEW ZEALAND vs SRI LANKA)

In the past year, New Zealand won eight of 13 ODIs, primarily against England and Pakistan. Sri Lanka won only six of 17, including losses to Afghanistan, Bangladesh and Zimbabwe.

Returning captain Lasith Malinga is keen to turn things around and did not mind the toss outcome.

“Conditions are good for seam bowlers and I’m happy to bowl first,” he said. 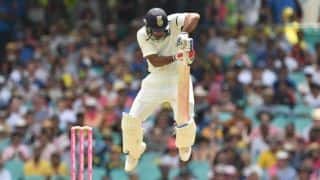 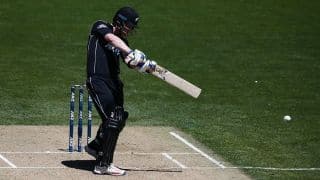