West Indies have won the toss and elected to bowl first in the first ODI against New Zealand.

West Indies captain Dwayne Bravo has won the toss and elected to bowl first against New Zealand in the first One-Day International (ODI) in Auckland on December 26, 2013.

New Zealand won the three-match Test series 2-0 and will be looking to get that momentum going into the ODI series. West Indies will be disappointed with performance in the Tests and will to make amends in the 50-over series.

Jesse Ryder is back in the New Zealand starting XI led by Brendon McCullum. 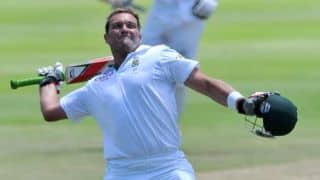 Jacques Kallis: A marvel that comes less than once in a lifetime