Catch Live Streaming of the first One-Day International between New Zealand and West Indies at Auckland on Thursday.

Captain Dwayne Bravo is lamenting the absence of Chris Gayle, Kieron Pollard and Marlon Samuels from the side as it prepares to battle against New Zealand. The Kiwis on the other hand will be high on confidence after the Test series win. 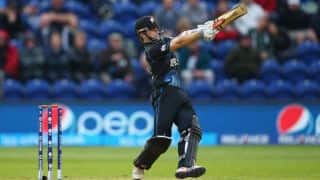