The live cricket streaming of New Zealand vs West Indies 2017-18, 1st Test at Wellington, Day Four, will be available in India on Hotstar.

West Indies fought back against New Zealand on Day 3, courtesy Kraigg Brathwaite’s 79*. He would be eyeing his seventh Test century as West Indies need to clear a deficit of 172 runs to make New Zealand bat again. West Indies ended Day Three at 214 for 2, trailing by 386. Shai Hope remained unbeaten on 21.

As for the New Zealand bowlers, Matt Henry, who went wicketless in the first innings, bagged both wickets while Neil Wagner proved to be expensive conceding 89 runs. Initially, the day belonged to Tom Blundell who celebrated call-up in the New Zealand side with an unbeaten 107 on his debut. 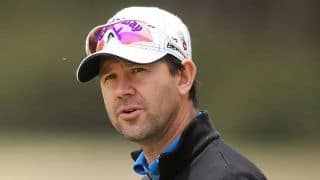