The Caribbean team has been in isolation since arriving in New Zealand on October 30 for the T20I and Test series. All the members had cleared the first two round of testing.

The entire West Indies cricket contingent has cleared the third and final round of COVID-19 test and will be leaving for Queenstown on Friday ahead of the first warm-up match against New Zealand A beginning November 20.

The Caribbean team has been in isolation since arriving in New Zealand on October 30 for the T20I and Test series. All the members had cleared the first two round of testing.

“All members of the West Indies team have returned negative results from their third and final COVID-19 tests, conducted on Day 12 of the ongoing tour of New Zealand,” West Indies Cricket Board said in a statement.

“The players, management and support staff are scheduled to leave managed isolation on Friday and travel to the southern town of Queenstown, where they will play a three-day match and a four-day match against New Zealand ‘A’,” the statement read.

Ahead of the series, West Indies is scheduled to play two tour games on November 20-22 and November 26-29 at John Davies Oval.

Interestingly, the West Indies squad was stripped of the right to train while in managed isolation after players were found to have breached rules during their 14-day quarantine.

New Zealand’s Ministry of Health had said that CCTV footage from the team’s Christchurch hotel showed players mingling in hallways and sharing food in violation of managed isolation regulations.

The board said that the players have reached Auckland and will now be in isolation for two weeks.

“Additionally, all of the West Indies players who arrived in Auckland on Thursday following the end of the Indian Premier League in the United Arab Emirates, have passed initial health screening checks.”

“They are to spend the next two weeks in isolation in preparation for the first T20 International which will be played at Eden Park in Auckland on November 29.”

The West Indies had become the first team to tour overseas since the COVID-19 pandemic had shutdown all cricket activities across the globe when it visited England for three-Test series in July.

The Caribbean side is thus the only international team to have embarked on two overseas tours amid the pandemic. 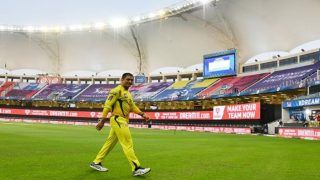