New Zealand however have insisted their focus is on building momentum for the T20 World Cup being held in Australia.

England wicketkeeper-batsman Jonny Bairstow believes New Zealand will be intent on exacting World Cup revenge in the Twenty20 series that begins in Christchurch on Friday. The Black Caps suffered the cruellest of defeats in the final of the one-day showpiece, when the scores were tied after a Super Over but England won because they had hit more boundaries.

Cricket chiefs have since scrapped the obscure tie-breaker rule but Bairstow said New Zealand would still be seething at the result and out to prove a point in their first meeting against England since the decider.

“What happened at Lord’s is going to be quite tough for those guys, and there will be a fire in their belly and a hunger to put things right,” he said.

However, New Zealand have played down talk of payback, insisting their focus is on building momentum for the T20 World Cup being held in Australia in October-November next year.

“We obviously have a lot of T20 cricket on the horizon ahead of next year’s World Cup and a tough five-game series against England should be a great start to the summer,” coach Gary Stead said.

Tim Southee will lead New Zealand in the five-match T20 series, with regular captain Kane Williamson sidelined by a hip injury. It begins an intense year of T20 World Cup preparation for the Black Caps, who are ranked six in the shortest form of the game, four places below England. They will play T20 series against England, Australia, India, the West Indies, Bangladesh and Ireland before the World Cup.

England are also using the tournament as a launching pad for their T20 World Cup preparations, resting key players in the hope of building depth in their squad. Proven performers Jason Roy, Joe Root, Jos Buttler, Ben Stokes and Moeen Ali have been rested after a draining spell that included the one-day World Cup and the Ashes Test series against Australia.

Instead, the likes of Tom Banton, Lewis Gregory, Pat Brown, Saqib Mahmood and Matt Parkinson have been asked to step up and challenge for a place at next year’s tournament.

Bairstow will also have a point to prove after being left out of the squad for the two Tests against New Zealand that will follow the T20s. Selector Ed Smith has confirmed the England hierarchy will be watching Bairstow closely with a view to eventually returning him to the Test arena. 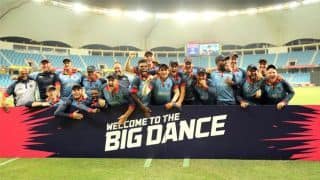 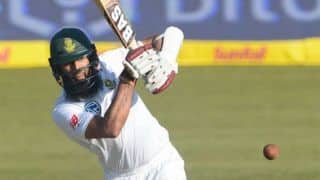