After Australia and England, the New Zealand Women's cricket team have made their way to direct qualification for the 2017 edition of the ICC Women's World Cup

After Australia and England, the New Zealand Women’s cricket team have made their way to direct qualification for the 2017 edition of the ICC Women’s World Cup. Popularly known as the White Ferns, the team has accumulated 24 points from 20 matches, the latest from their ongoing series with Pakistan Women. Next in line are the West Indies Women who have 22 points in hand while the South Africa Women can get 23 points if they beat Australia Women 3-0 in their upcoming series. The Ferns have one more match to go in the series against Pakistan. According to the guidelines, the top four teams of the ICC Women’s Championship get direct qualification. READ: India vs West Indies, 3rd Women’s ODI Match Report: Rajeshwari, Veda help hosts register 3-0 clean sweep

Talking about the progress, New Zealand Women’s captain Suzie Bates told icc-cricket.com, It s a great feeling to have qualified direct for the ICC Women s World Cup 2017. Coming through the ICC Women s Championship has been challenging, but we have enjoyed every bit of it. The experience of playing in different conditions will go a long way in our overall development as a team. We re all thrilled and can’t wait for next year s ICC Women s World Cup and our goal is to be there at Lord s for the final on 23 July.”

The World Cup is obviously the showpiece event for women s cricket and every team wants to go out there and do the best it possibly can. Our aim now is to prepare in the best possible manner for this pinnacle tournament on the women’s calendar,” she added. 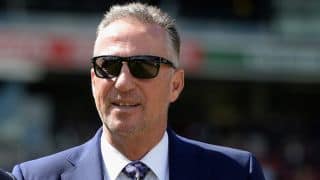 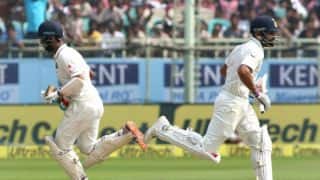