On July 14, hosts England lifted their maiden cricket World Cup title owing to a superior boundary count to New Zealand after both the regulation play and the ensuing Super Over ended in a tie at Lord’s. The rule was met with criticism by former and current players alike.

Following the final of the Freedom Cup between the New Zealand’s national rugby team and the South Africa Springboks at the Westpac Stadium here, the All Blacks took to Twitter and posted, “No count back on boundaries in Wellington. It’s a draw. Thanks for an epic Test @Springboks.#NZLvRSA #BACKBLACK.”

In the Freedom Cup, the All Blacks and the South African Springboks shared the trophy after the two teams ended with a 16-16 draw. (ALSO READ: Anil Kumble-led ICC Cricket Committee to decide on controversial boundary back rule)

And, in the ICC Cricket World Cup 2019 final at Lord’s, both New Zealand and England scored 241 runs in their allotted 50 overs and sent the match into a super over. The super over too ended in a tie with both teams having scored 15 runs each. 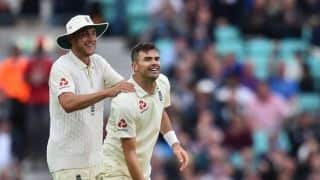 They are the first two names on the teamsheet for me: Anderson, Broad key to England’s Ashes glory, says Harmison 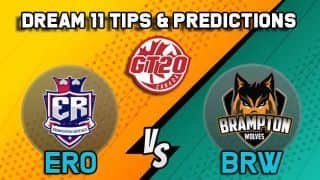