Lancashire have signed New Zealand paceman Neil Wagner as their overseas player for 2016, the English county announced Friday. The 29-year-old left-armer, who has taken 67 wickets in 18 Tests at an average of 33.34, will feature primarily in the first-class County Championship. Lancashire coach Ashley Giles, the former England spinner, said: “Neil is a world-class bowler with a tremendous pedigree and having him available for such an extended period will give our County Championship Division One campaign a real boost. Wagner added: “I have always admired Lancashire, ever since playing in the Liverpool Lancashire league for Ormskirk in 2008.” Born in Pretoria, Wagner has a fine first-class record with 431 wickets at an average of 27 apiece in 104 matches. READ: Gareth Roderick bags 3 more seasons with Gloucestershire

Wagner began his career in his native South Africa, making his first-class debut for Northerns in 2005/06 and currently plays for Otago in New Zealand domestic cricket. The upcoming English season will see Wagner’s second stint in county cricket after he turned out briefly for Northamptonshire in 2014.

He registered his best international figures in the New Zealand in Bangladesh Test Series. He bagged 7 wickets in total including a five-wicket haul in the first innings. The bowler has an impressive First Class record with 431 wickets in 104 matches. He has also scored decent runs down the order in international and First Class matches, 37 and 70 being his bests in the respective formats.

Wagner will be seen playing for Lancashire in the upcoming Natwest T20 Blast and Royal London One-Day Cup matches starting from May.

VVS Laxman’s smart advice of getting to a hundred when batting in 90s, the Sehwag style 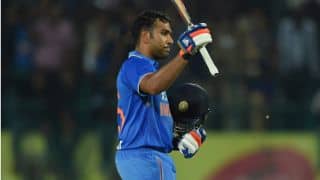