The secretary informed that both teams had been just about to move from indoor to outdoor training.

Newbury Cricket Club, the United Kingdom (UK) based cricket club, whose nets and practice facilities’ were torched on April 14, claimed a damage amount of  £10,000. Club secretary, Paul Monger, said that the club members were devastated at the loss.  This happened after £18,000 Pound had been raised by the hard work of club members to pay for the two practice nets and concrete bases. Both nets were destroyed in the fire.

While talking with newburytoday.co.uk he said, “We are all very angry,” said Mr Monger, who continued that the club had suffered repeated attacks by vandals over the last couple of years, including to the club house. It was our practice facility, so we have no-where for our three junior teams to play and none of the seniors can practice,” he added.

The aftermath from yesterday evening’s attack on our nets. #cricketfamily. Plse RT to help us find out why. #shocked pic.twitter.com/s5Qmyq9OSH

Monger informed, The club teams, had been just about to move from indoor to outdoor training and were now faced with looking for temporary training facilities. The club is in the process of setting up a Just Giving page to raise the money to replace the nets. 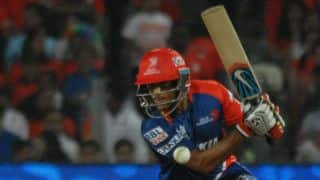