'Nice to see Shikhar Dhawan play like that', says Sanath Jayasuriya on his charismatic 190-run knock vs Sri Lanka at Galle

'Nice to see Shikhar Dhawan play like that', says Sanath Jayasuriya on his charismatic 190-run knock vs Sr

India and Sri Lanka meet for the second Test at Colombo, starting from August 3.

India demolished their opposition, Sri Lanka, in the first of the three-Test series at Galle last week. Former Sri Lanka skipper and dashing opener, Sanath Jayasuriya, was all praise for Shikhar Dhawan whose 190-run knock sealed the fate of the match in the first innings itself. Sri Lanka’s chief selector, Jayasuriya, also resorted faith on an young and inexperienced home side. He believes the team has it in them to bounce back if they get their basics right in the second Test at Colombo.

“I think I’m excited when I see Dhawan attack. It reminds me of the time about 15 years ago when a lot of attacking batsmen were around. When someone plays like that, it’s nice to see,” Jayasuriya was quoted as saying by Times of India. He further spoke of hosts’ chances in the series and reminded everyone of their spectacular series win against Australia on home soil last year. “This is cricket, and if we apply ourselves and want (to come back), then we can. This is something we proved last year, when we beat Australia, then the world’s No. 1 Test team 3-0 when they were here. It wasn’t a one-off win because you can’t win three Tests in a row without playing well. So, our players are capable”, said the 48-year-old.

Sri Lanka, despite being ordinary with the bat, were poor in the field as well. They dropped sitters and paid the penalty by losing the series opener by 304 runs. “I think when we got out for 291 in the first innings…that was crucial because, in a Test, first innings runs are very important He (Dhawan) was a bit lucky that his catch was dropped (by Asela Gunaratne, when Dhawan was on 31). We dropped (Hardik) Pandya’s catch (by Dimuth Karunaratne off Herath when Pandya was on 4) too, and he went on to score 50. So, these are little things we need to fine-tune. So, we need time, confidence”, concluded Jayasuriya. 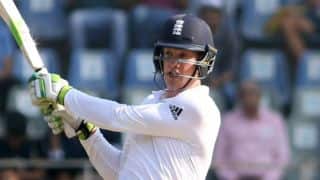 Keaton Jennings assured for final Test vs South Africa; not certain for The Ashes 2017 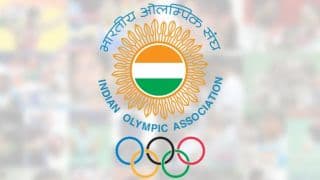