Bangladesh lost the 5th T20I against India by 17 runs, allowing the latter to reach the final of Nidahas Trophy 2018.

Nothing went the Bangladesh way despite a fine 55-ball 72* from Mushfiqur Rahim. They lost the game against India by 17 runs. The Bangladesh side sported black armbands in the match as a mark of respect for the lives lost in the US-Bangladesh flight that crashed in Tribhuvan International Airport in Kathmandu on Monday. The flight was carrying 71 passengers, of which 51 lost their lives.

The Bangladesh Cricket Board (BCB) confirmed through their tweet that the gesture was a mark of respect for the ones who lost their life.

The Bangladesh National Team, currently in Colombo, Sri Lanka for the Nidahas Trophy Tri-nation T20 tournament, will wear black armbands as a mark of respect to the victims of the crash during Wednesday s match against India at the R. Premadasa Stadium. pic.twitter.com/iwb4U9QS7I

Ahead of the game Mahmudullah spoke about the unfortunate incident: When we got the news of the unfortunate plane crash yesterday, we were deeply distressed by it. About 30-40 Bangladeshis were on board, it is very disturbing. There could be someone s close relatives who would have been on that flight. Some I might have known, it s very sad. Our prayers are with them and hope the families gather enough strength to battle through these stressful times.” 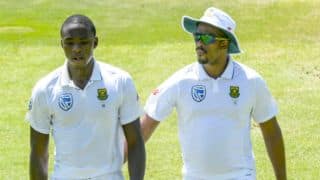 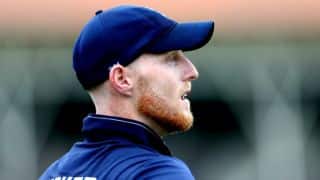