India will play their first match against Sri Lanka on March 6.

India have been looking for a limited-over replacement for MS Dhoni once the great man quits. However, they have been unable to find a permanent solution to the question. The selectors have been juggling between Dinesh Karthik and Parthiv Patel from time to time. Next-generation cricketers like Rishabh Pant, Ishan Kishan and Sanju Samson are yet to be tested. Both Karthik and Pant have been included for the Nidahas Trophy 2018. In his column for The Times of India, Sanjay Manjrekar insisted India tested the skills of Pant. Pant has been recently struggling in domestic cricket, and was even sacked as Delhi captain, despite guiding the team to the final of Ranji Trophy. However, there is no doubt over his pedigree.

Till date Pant has played just 2 T20Is, his last game coming against West Indies in July. Manjrekar believes Pant should play every game in the series. He also wants India to test their bench strength in the Nidahas Trophy.

On Rishabh Pant: We keep going back to Dinesh Karthik and Parthiv Patel every time we have to look beyond Saha and Dhoni is not a good sign. There seems to be a dearth of exciting quality ‘keeper-batsmen in Indian cricket today. Best they give Rishabh Pant the whole of the Nidahas tournament to show that he can be that ‘hard to find’ talent.

On Manish Pandey s inconsistency: Manish Pandey clearly has the talent but I don’t quite like his inconsistency. After that brilliant 79 not out recently in the second T20 in South Africa, he failed in the very next game, which is understandable but he had done the same earlier in his career too. A spate of failures after his first century in ODIs in Australia in January 2016. He cannot seem to be able to carry his form through. Having KL Rahul in the squad can ensure that Pandey remains on his toes all the time.

India should test their bench strength: India look well placed on the bowling front in white-ball cricket, both in seam and spin department. It’s the middle-order batting and finding the next generation ‘keeper-batsman after Dhoni, the areas that need to be addressed. [Suresh] Raina has made a promising comeback but to be sure that he is our safe option in the middle, he must continue his form. On comebacks, expectations are greater, because there are sceptics too who you need to win over.

India will play their first match against Sri Lanka on March 6. 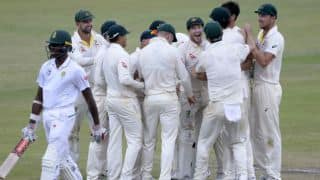