The series will be played to celebrate the occasion of Sri Lanka,s 70 years of Independence.

The Nidahas Trophy T20I tournament 2018 is all set to begin on March 6. The series will be played to celebrate the occasion of Sri Lanka,s 70 years of Independence. India and Bangladesh will be touring Sri Lanka for tri-series.

India having rested their senior players including Virat Kohli, Rohit Sharma will lead the team of youngsters. With MS Dhoni rested the selectors have given opportunity to Rishabh Pant and Dinesh Karthik. Pant who captained Delhi in the Ranji Trophy 2017-18 finals played some valuable knock in Syed Mushtaq Ali T20 tournament.

Sanjay Manjrekar in his column in Times of India has spoken about the need of an exciting quality keeper-batsmen in Indian cricket. He believes Pant can fill in the boots of Dhoni in the future if given an opportunity.

“That we keep going back to Dinesh Karthik and Parthiv Patel every time we have to look beyond Saha and Dhoni is not a good sign. There seems to be a dearth of exciting quality ‘keeper-batsmen in Indian cricket today.”

“Best they give Rishabh Pant the whole of the Nidahas tournament to show that he can be that ‘hard to find’ talent.”

Suresh Raina‘s comeback to the shortest format of the game has been a positive for the team. Raina has proved his worth in the T20I series against South Africa and will look to carry the same form ahead. Majrekar however has expressed his worry about the middle order with Manish Pandey’s inconsistency.

Pandey remains on his toes

“Manish Pandey clearly has the talent but I don’t quite like his inconsistency. After that brilliant 79 not out recently in the second T20 in South Africa, he failed in the very next game, which is understandable but he had done the same earlier in his career too,” wrote Manjrekar.

“A spate of failures after his first century in one-day Internationals in Australia in January 2016. He cannot seem to be able to carry his form through. Having KL Rahul in the squad can ensure that Pandey remains on his toes all the time.”

India will face Sri Lanka in the opening match of the series on March 6 at R Premadasa Stadium, Colombo. 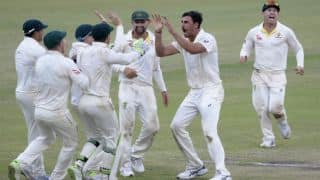