Nidahas Trophy 2018: Shakib Al Hasan to decide if he is fit enough to play virtual semi-final against Sri

Shakib Al Hasan, who had injured his finger during the final of the tri-series against Bangladesh has been out of action since. During this phase, Shakib has been paying timely visit to the venues where Bangladesh have played their matches to boost their morale. Shakib had to miss out on Nidahas Trophy as well as his injury required treatment in Australia. Bangladesh are in a desperate hunt of an experienced player in their side to support Mushfiqur Rahim and co.

Shakib has returned to the Bangladesh camp on Thursday but the call on whether he is fit to play the virtual semi-final against Sri Lanka would be taken by the all-rounder. This was revealed by Bangladesh s physician Dr Debashish Chaudhary.

Debashish Chaudhary told observebd.com: Shakib has not played competitive cricket for 2 months but has performed well in the net sessions here in Bangladesh. According to us, he is medically fit. However, the final decision to play or not will rest with him. He was sent to doctors in Thailand and Australia keeping in mind that recovers early and return to cricket field as early as possible.

Bangladesh and Sri Lanka have won a game each so far in the series. 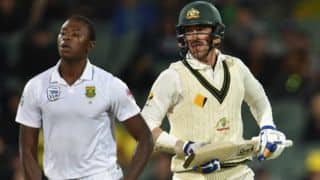