Nidahas Trophy 2018: India will be without regular skipper, Virat Kohli and veteran MS Dhoni for the upcoming tri-series; giving youngsters a chance.

For someone taking baby steps in international cricket, Vijay Shankar is relieved that he will have his statemates Washingtin Sundar and senior pro Dinesh Karthik for company, when he embarks on his maiden foreign assignment in Sri Lanka with the Rohit Sharma-led Indian team for the Nidahas T20 Trophy.

Familiarity in unknown conditions is a bonus and Shankar admits that during an interaction with PTI. “It is a familiar dressing room, having played with most of the team members (for India A), who have been chosen for the series in Sri Lanka. It will be nice to have them (Karthik and Sundar) also in the dressing room,” Shankar said.

The Tamil Nadu all-rounder, who was part of the team for two Tests during the Test series against Sri Lanka last year, said that sharing dressing room helped him learn a lot. “Being part of the national Test set-up is an experience I enjoyed. I learnt by watching the players prepare for matches. I have also been working on my bowling, trying a lot of new things,” Shankar added.

While he has had decent performances, Shankar termed his inclusion as a “pleasant surprise”. Being a seam bowling all-rounder, the national selectors are looking at him as a substitute of Hardik Pandya.

“I am very happy to have got the call-up. It is a pleasant surprise. My aim has always been to keep improving and to do well in the opportunities I get. I was training when I got the news about my selection for the tri-series in Sri Lanka,” Shankar said. The 27-year-old all-rounder was picked up Daredevils for Rs 3.2 crore during the IPL auctions last month.

Shankar, captain of the Tamil Nadu ODI and T20 sides, has been in good form with the bat, both in the Syed Mushtaq Ali Trophy and Vijay Hazare Trophy, said he is always looking to improve in both departments. He scored a century (against Gujarat) and a half-century in the recent Vijay Hazare Trophy league phase here, though the team played below par and bowed out early.

“Personally, I did well in the Vijay Hazare Trophy and Syed Mushtaq Ali Trophy. I look to improve every time I play, whether batting or bowling,” Shankar concluded. 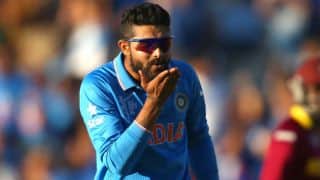 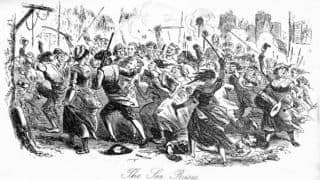