DDCA's Under-19 camp for Vinoo Mankad Trophy ]was stalled by members of the Sports Working Committee.

The Under-19 probables camp for Vinoo Mankad Trophy of Delhi and District Cricket Association (DDCA) was stalled by members of the Sports Working Committee as they asked the junior selection committee, headed by former India cricketers, Nikhil Chopra, to run trials of players suggested by the former section and clubs. Initially, convener Salil Seth and selectors Suresh Luthra and Sunil Walson of the junior selection panel turned down the request. However, for the sake of almost 150 cricketers, the list was divided into two parts. It was when Seth was marking the selection committee-suggested 79 cricketers, members of SWC created chaos, hurling abuses and even pushing ‘him’.

“It’s a nightmare for ex-players to give their time to cricket,” Chopra was quoted as saying by Indian Express. “The SWC members completely lost it. How can people who have not a held a cricket bat in their life tell us what to do? We former players are trying to improve the structure of cricket in Delhi,” he added.

However, Naresh Sharma, co-convener of SWC, said ,“It was such a transparent process – the probables list. From DDCA League to players who have played BCCI tourneys in the last two years. The SWC members went on to push our convener, and imagine all this happened in front of the players. Our convener will pen this down and file an official complaint for what happened.”

“The resolution for the U-19 list was passed in the SWC meeting on Sunday. We covered all cricketers – from the ones who have played BCCI tourneys to the ones suggested by various clubs. We asked the panel to consider our list to which they initially declined. We just didn’t want those players to go home without the net session they had come for,” added Sharma. 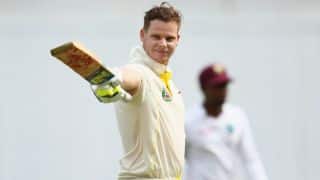 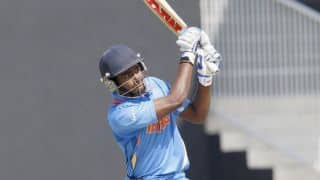