Surprisingly, Mohammed Shami's name did not feature in any of the categories.

On Wednesday, BCCI announced a new contract system for Indian cricketers. Surprisingly, Mohammed Shami’s name did not feature in any of the categories. Shami found himself in controversy after his wife alleged him for extra-marital affairs and physical harassment on Wednesday. It is not clear if that played a role in him being left out of the contracts. It must be remembered that Shami claimed a crucial role in India’s Johannesburg Test win in January.

The Committee of Administrators (CoA) had a meeting in Mumbai on February 27 where this decision was taken. MS Dhoni did not get the Grade A+ contract, which was reserved for only Virat Kohli, Rohit Sharma, Shikhar Dhawan, Bhuvneshwar Kumar and Jasprit Bumrah.

The buzz around new contracts has been around for some time and earlier, few of the senior players met CoA chief Vinod Rai regarding the same. The BCCI release stated: “The Hon ble Supreme Court of India appointed Committee of Administrators (CoA) for BCCI on Wednesday announced the Annual Player Contracts for the period from October 2017 to September 2018. The CoA was of the view that the performance and position of Indian Cricket needs to be recognised with the fee structure comparable to the best in the world.

Team India (Senior Men) see an introduction of new category A+, while the Women’s contract sees a category C.

The Domestic Match fee structure will witness an over 200 per cent hike in each category.

T20 match fees will be 50 per cent of the respective categories.

The release further states: ” The CoA recognises that the actual income of the BCCI fluctuates on an annual basis depending on the number of home matches Team India (Senior Men) plays. Hence, to insulate the player compensation, the CoA has sanctioned the creation of a Players Revenue / Compensation Equalization Fund [PR/CEF] to which the BCCI will contribute approximately INR 125 Cr per annum from its surplus.

Indian Men are currently in Sri Lanka, playing the Nidahas Trophy tri-series. India Women will play the visiting Australian side this month. 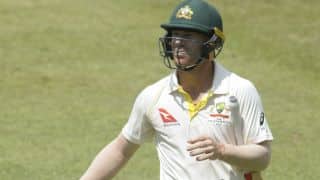