Long considered suspect against short-pitched deliveries, Indian batsman Suresh Raina says he no longer has trouble facing bouncers courtesy the tips he has got from seniors such as Rahul Dravid. 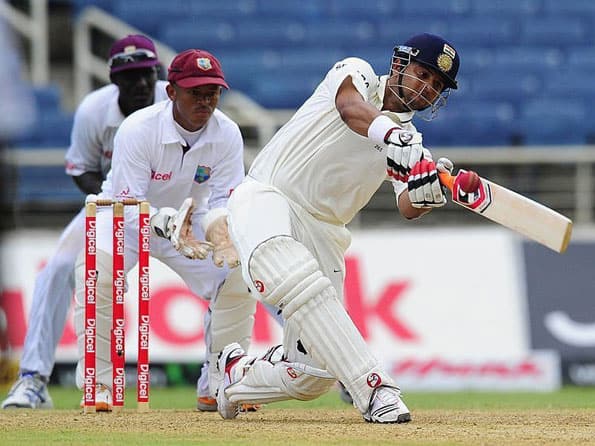 Long considered suspect against short-pitched deliveries, Indian batsman Suresh Raina says he no longer has trouble facing bouncers courtesy the tips he has got from seniors such as Rahul Dravid.

Raina, along with Harbhajan Singh (70), was the hero of India’s innings yesterday with an 82-run knock in which dominated pacers, who tried to unsettle him with bouncers.

The left-hander stood his ground against whizzing deliveries past his torso and was almost disdainful against the West Indian bowlers.

“My plan was to play straight; keep my mind clear and look to be patient. God has been kind to me,” remarked Raina

Raina has so far featured in nine Tests but isn’t being seen as a regular because of his perceived weakness against bouncing deliveries.

He revealed the hard work he has put in recently to get the monkey of short stuff off his back.

“It’s getting better. I am working hard with Duncan (Fletcher). I have spoken to Rahul (Dravid) bhai and (Mahendra Singh) Dhoni, who’ve asked me to duck under the short ball.

“I am now keeping my mind clear, not thinking where they are going to pitch up. I am trying to be positive, trying to play straight down the ground,” he said.

“It’s not easy to make runs in Test matches. You would have to spend time, respect the opponent and watch the bowlers all the time. You need to see the shape in which they are bowling, who is reversing the ball, watch the hands closely, how your feet are moving. The first 15-20 balls there were no runs but I was waiting for loose balls. I hadn’t got runs in the final three one-dayers so I was determined to make up for it here,” Raina said.

Leg-spinner Devendra Bishoo cast a spell on the Indian line-up with three critical wickets in the middle overs but Raina took him on straightaway and scored 40 runs off him with eight fours.

“I think he didn’t find it easy to bowl to left-handers. He tossed it up for me to go to covers but I was determined to play down the ground,” the Indian reasoned.

Raina said he knew the tailenders of the team were more than capable and if he spent time in the middle, the recovery was possible.

“I know Harbhajan, Praveen (Kumar), Amit (Mishra) can all bat. The runs with Harbhajan were scored almost at five per over. I wanted to be positive and spend time in the middle.”

Raina believed it would not be easy for the West Indies to deal with his team’s bowling on the second day.

“It’s not going to be easy for them. If we could get a couple of wickets early on, we could build pressure. On this wicket, the new ball does a bit. The wicket is also uneven and in our two spinners, we have very good bowlers.

“It’s not going to be easy for them. A couple of their batsmen don’t know how to play spin bowling,” he said.

Don't want to react at all to Modi: Manohar