First-class matches in the Quaid-e-Azam Trophy will be played with visiting teams having the option of opting for a "no-toss start".

Pakistan have decided to do away with the practice of toss in first-class matches from this season. For the first time in Pakistan cricket history, first-class matches in the Quaid-e-Azam Trophy will be played with visiting teams having the option of opting for a “no-toss start” to the game.

“The home team will have no advantage of the toss. Usually what happens is that the home side prefers making pitches that suit pacers. So, they prefer bowling after winning the toss. Under the new playing conditions, the coin will be tossed if the visitors deny the first option – to bowl first,” a Pakistan Cricket Board domestic cricket affairs official said. “The change has been made to keep options neutral rather than giving extra advantage to the home team.

“Now we believe that better pitches will be prepared in the coming first-class season. There is a dire need to have good pitches for competitive first class cricket. Every measure has been ensured to have good playing strips. Curators’ performance will also be under scrutiny and those showing skills and knowledge will stay.”

He said PCB CEO Wasim Khan had floated the idea and the board’s other officials responded positively. The PCB intends to launch the new season from September 12 with its premier Quaid-e-Azam Trophy.

“I am surprised to see the scorecard of a couple of years’ first-class cricket,” Wasim said. “It gave me the impression that there is something seriously wrong. Matches finishing in a couple of days, teams getting out for low score, no tough matches that should be the forte of any first class cricket. We are considering other options and are even contemplating having no toss in first class matches.”

The Pakistan Cricket Board (PCB) last Wednesday had amended it’s constitution which will see its patron the Prime Minister less powerful. This is the fourth time in the last 12 years that the PCB constitution has been redrafted.

Pakistan will also host Sri Lanka for six limited over internationals starting next month, the two cricket boards said Friday, another step towards reviving international cricket in the country after years of isolation. 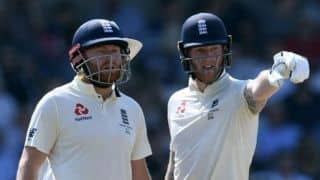