No rift in the Indian team, asserts MS Dhoni

No rift in the Indian team, asserts MS Dhoni

Indian skipper Mahendra Singh Dhoni on Saturday asserted that there was neither any dissension nor any communication gap in the dressing room but conceded that such reports at times create a brief awkwardness among the players. 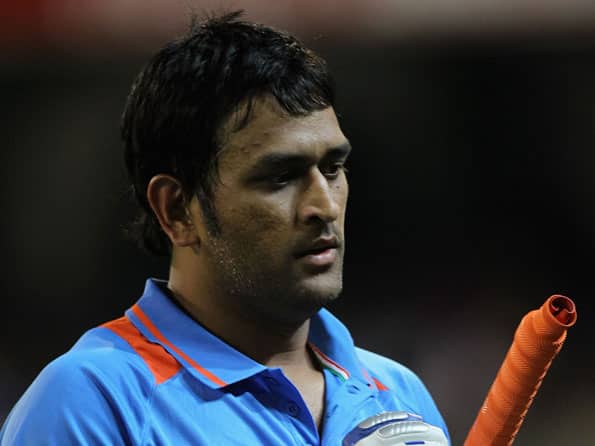 Captain Mahendra Singh Dhoni, denied reports of rift between vice-captain Virender Sehwag and him, asserting that the dressing room atmosphere was perfect, admitted it still caused uneasiness between the players Getty Images

Indian skipper Mahendra Singh Dhoni on Saturday asserted that there was neither any dissension nor any communication gap in the dressing room but conceded that such reports at times create a brief awkwardness among the players.

“If you listen to the press conference on tape, you would get the answer yourself as to what actually I said and what I meant,” said Dhoni on the eve of the India-Australia tri-series match.

“You can’t particularly see the same question, it might be a build up to the first question and often what we don’t answer, because of the first part of the question we answer, it actually is the answer to the second or third question,” added Dhoni in his typical long-winding manner.

Dhoni, while denying the reports of rift between Sehwag and him and asserting that the dressing room atmosphere was perfect, admitted it still caused uneasiness between the players.

“You feel a little awkward initially. You may sometimes think the person is actually believing (what’s been reported).

And the second person thinks may be he said it. But once you go through the talks, it gets back to as it was.

“It doesn’t even by 10 per cent affect our performance or has any effect in the dressing room,” insisted the captain.

The 30-year-old Dhoni defended Sehwag’s assertion that he didn’t need to clarify with his skipper on the comments that the seniors were slow in the field.

“The best thing is to get the most out of it. And what’s the most important is to have fun,” said Dhoni.

Dhoni said the atmosphere has always been very good in the dressing room.

“It’s always been there. It’s not this series or the previous one. It’s been perfect. It’s talk of the dressing room, we try and take positive out of it.”

During the 2009 Champions Trophy in England, Dhoni decided to quash the word on dissension within the team, parading all the 15 players in front of the media. But he did not see a reason to do the same in the present situation.

“(I haven’t done it) because it was not projected in a nice way. There were 15 players and if A is fighting B, both are now standing on the table (in front of media), both of us could be asked why it’s so.

“It was not projected in the right way so (I said) maybe leave it. What’s the point in fuelling something which is not there,” said Dhoni.

On Sunday match against Australia, Dhoni dropped a hint the rotation policy would be dispensed at the Sydney Cricket Ground (SCG).

“We are not looking to rotate. It’s injuries which are now rotating the players. It’s not in our control. I had said we would rotate in the first half of the tournament because then you could rotate, it didn’t put pressure on us because we were in early part of the tournament.

“But now it’s do-or-die match. The best eleven players should play unless and until injury is an issue,” said Dhoni. (PTI)

MS Dhoni blamed by IIPM for poor placements of its students!