Aamir Sohail has said that he is totally perplexed by media reporting on a bizarre request by Pakistan all-rounder Shahid Afridi for a farewell match.

London: Former Pakistan test opener and selector Aamir Sohail has said that he is totally perplexed by media reporting on a bizarre request by Pakistan all-rounder Shahid Afridi for a farewell match. In an article for PakPassion.net, Sohail said, Now let s be honest here and recognize the fact that Afridi has served Pakistan well in the past. However, let us also remember that Afridi has announced his intention to retire on a number of occasions which doesn t help his case. On top of that, when a player wants to play a final game, he would like to play that match in front of home crowds. Since there is no international cricket being played in Pakistan at the moment, how exactly will he have a farewell game in front of a home crowd? ALSO READ: PAK vs WI: Younis to miss 1st Test

He said that Afridi s request should not be entertained and, if there is a need for a special match such as an exhibition game in Pakistan or a game dedicated to Afridi at the PSL, then that would make more sense. There is no doubt that Shahid Afridi feels strongly about being awarded a special farewell but surely the better way would have been to go in private to the PCB instead of playing this out in front of the media and thereby putting himself and the PCB in a very difficult position. That way if the PCB had declined his request, he could have shrugged his shoulders and moved on which is not an option for him now, he said.

There is absolutely no sense in an international retirement game for Afridi and one hopes that better sense prevails on all sides, he added. As regards the possible recall of off-spinner Saeed Ajmal, Sohail this is an issue that would have to be in the hands of chief selector Inzamam-ul-Haq and his colleagues. Confusion will reign supreme for all concerned if the selectors don t make this clear to Ajmal, he warned.

On the recent spate of statements made by BCCI Chief Anurag Thakur and some players in the Indian side, Sohail this was in poor taste and not sensible. He was also full of praise of Pakistan s upcoming batting star Babar Azam, but cautioned against equating him with Indian skipper Virat Kohli and other accomplished players. 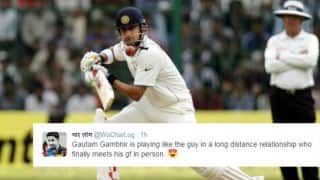