Lynn signed by the KKR in a $1.5 million deal in January, making him the costliest Australian at the IPL auction.

Australian batsman Chris Lynn received good news early morning on Friday after it was confirmed that he will not undergo a surgery. Lynn dislocated his right shoulder during Australia s T20I tri-series final against New Zealand at Eden Park.

Lynn’s manager, Stephen Atkinson, confirmed this news as per a News Corp report. He said: “Chris got a positive result from the doctors who said he will not need surgery. Chris is disappointed at missing the Pakistan Super League but he will be making every effort to play in the Indian Premier League and, if selected, the five one-dayers for Australia in England in June.” Lynn made 93 runs in 4 T20I games.

Lynn injured his shoulder while fielding in the ninth over of the final. X-rays in Auckland revealed no major bone injury. Owing to the injury, Lynn is missing the ongoing Pakistan Super League, and there are doubts over his participation in the Indian Premier League. Lynn was signed by the Kolkata Knight Riders (KKR) in a US$1.5 million deal in January, making him the costliest Australian at the IPL auction. 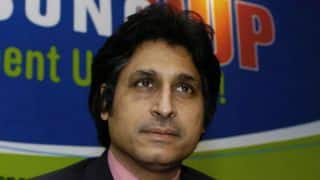