Kevin Pietersen believes that tournaments like Big Bash League are academies for learning for the cricketers.

The England Cricket Board (ECB) is most likely to launch a Big Bash League (BBL) equivalent Twenty20 tournament that will be played in the month of July, meaning Test cricket to be restricted to May, June, and August and probably late September. Before the British television and communication network Sky signs the deal of approximately £40m to buy the rights for an eight-team tournament, English international players have been expected to make themselves available for the tournament that would rival the Indian Premier League and Australia’s BBL. READ: Mitchell Johnson will need to prove that Lord’s was no flash in the pan

According to a report from Cricket Australia, the matches would be played at the eight Test venues— Birmingham, Leeds, Nottingham, Manchester, Durham, either Bristol or Cardiff, Lord’s and The Oval. The future of the current 18-team English T20 domestic league is unclear but there is a probability that it would run along with the high-profile eight-franchise tournament. READ: Ashes 2015: Chris Rogers on road to play 3rd Test at Edgbaston

While there has been no comment from Sky or the ECB as of yet, England cricket’s new CEO Tom Harrison is currently undertaking a thorough review of the game at home.

Earlier this year, former English cricketer Kevin Pietersen expressed his views about England adopting the BBL-style league as he believes such tournaments are a learning school for the players. READ: Stuart Broad assures England will be different side in 3rd 2015 Ashes Test

“I have played 104 Tests but I am still learning at the Big Bash from the Aussie players. I have played against some of the best players in Australia over the last month and challenged myself. Whether you have played 100 Tests or none at all, these tournaments are academies for learning.
“Jason Roy of Surrey has just opened the batting with Jacques Kallis. Ben Stokes has been playing with Aaron Finch and James Pattinson. I know that will have made them better players and feel good about themselves,” the 35-year old added.

Another blow to BCCI, which remains cavalier in its functioning 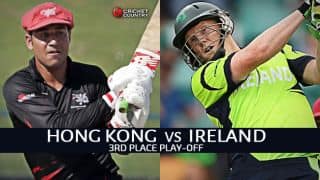