Kohli-led RCB are yet to win a game this season, having lost six matches in a row.

“There is no way that it will affect Virat Kohli in the World Cup, he is a focused individual and he wants to succeed. Do not worry about Kohli going in the World Cup,” Hogg said in a video he has posted on Twitter.

Hogg is also not surprised with the forgettable run of RCB, who are the bottom of the points table and are perennial underachievers in the competition.

“They rely too heavily on Kohli and AB de Villiers, their middle order has not stood up. Also their bowling department in the death overs. They have not executed their plans and they never had the right plans. So management has to sit down and turn things around very quickly,” the 48-year-old added.

The Royal Challengers will be hoping for their first win this season when they take on Kings XI Punjab in Mohali on Saturday. 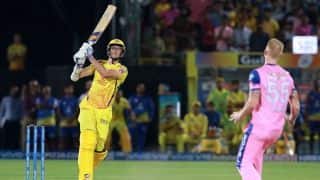