After Sri Lanka s early exit from the Asia Cup 2018 with heavy losses to Bangladesh and Afghanistan, former opener Tillakaratne Dilshan hinted that he may think of coming out of retirement to help Sri Lanka, who have lost 30 of their last 40 ODIs played since January, 2017.

Once a formidable limited-over outfit when the likes of Dilshan, Kumar Sangakkara, Mahela Jayawardene and Nuwan Kulasekara were at their peak, Sri Lanka now are have struggling big time at the international level. They are currently eighth in the ICC ODI rankings.

I continue to play my domestic cricket. Hence, it is not a challenge for me to return to the international side again, Dilshan said as quote by dailymirror.lk.

I always think of my country. I presume I did my best in cricket prior to my retirement. However, I am of the opinion that I should do something more for my country, he added.

The 41-year-old retired from Test cricket in October 2013 at the age of 36, citing that he wanted a youngster to replace him in the side.

The explosive opening batsman was also one of the most successful batsman in T20 cricket. In 80 T20Is, he had scored 1,889 runs at 28.19, with one century and 13 half-centuries and continued to be in the top ten all-time run-getter s list despite having played his final T20I two years ago. 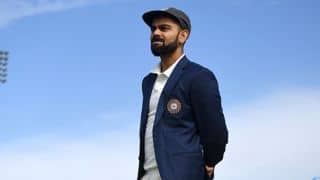