To excel on the tour of India, South Africa need players who can fight plus a strong support staff too, says former international Jonty Rhodes.

To excel on the tour of India, South Africa not just need players who can fight but a strong support staff too, says former international Jonty Rhodes. South Africa did start India tour on a positive note, drawing the three-match T20I series 1-1. However, they had to endure a crushing 203-run defeat in the series opening first Test in Vizag, conceding a 0-1 lead to the hosts.

“If you come to India, it’s not just the players that need to perform,” Rhodes told The New Indian Express. “There has to be a strong back-up system because it is a long hard tour. As a South African player, it is pretty demanding. I think we have only won the Test series once with Hansie Cronje in 1999 when Mark Boucher played really well. So you need those sort of fighters in the side and now the South African team has had a lot of changes.”

He added, “Recently, I got a lot of flak in South Africa after I spoke about the lack of unity in the South African team. What I meant was that apart from the senior players that you have spoken about, we don’t have a coaching staff. It’s an interim coaching staff.”

Rhodes says South Africa, who last won a Test series under Hansie Cronje in 2001-02. Since then, they have toured the country four times with India winning two of the series while the other ended in a draw. South Africa have also been dealing with the retirement of several stalwarts in the past one year or so including the likes of AB de Villiers, Hashim Amla and Dale Steyn.

“It’s hard to replace Steyn, Amla or De Villiers. We have great fast bowlers in the side. We have guys who have got the skills, but have they done it before? No! The experience is what South Africa is going to miss and they have got a brand new management team. So I don’t see a lot of positives from the South African point of view. It’s always tough here but it’s going to be a hard tour,” Rhodes said.

Comparing the set-up to that of world’s top-ranked Test team India, Rhodes believes that a strong backroom staff allows the players to flourish. “The Indian set-up is really well established, top of the log. They are performing well on the field but if you look at their management structure, they have retained most of them again. They have very strong backroom staff and that allows the team to play to the best of their abilities,” he said. 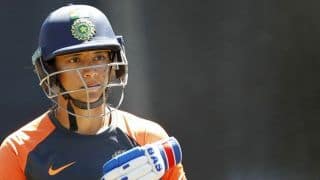 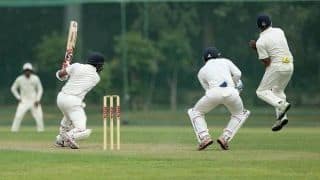