New Delhi: Over the past few seasons, there has been a lot of talk regarding the Women’s IPL taking off, but unfortunately, apart from a few T20 Challenger games during the IPL there is not much to talk about. The Sourav Ganguly-led Board of Control of Cricket (BCCI) has time and again claimed that women’s cricket is at the top of their agenda, but not a lot has progressed.

In a candid chat with CricketCountry, former India women’s captain Anjum Chopra speaks of what can be done. She feels one cannot merely bank on the IPL, but more women’s cricket matches should be held. Not just the BCCI, but the state machinery also should organise local tournaments which would give exposure to women cricketers to improve their skillset.

She said: “It does not necessarily need to be the IPL, it could be a bilateral series, List A cricket, or local leagues – matches should be played. Now whether BCCI does it or state – it does not matter. Only when you play do you improve your skillset, you do not score runs in the gym.”

When asked to predict favourites for the upcoming WTC final, the former India captain reckoned it is too early to make a call. Hailing the Virat Kohli-led Indian side, she said that the team has not got the chance to play the final on a platter. She also felt that both teams are good and a competitive final can be expected.

“It is too early to make a prediction. One thing for sure, this Indian team has not got the opportunity to play the final on a platter, they have earned it. I would feel very happy if the match is competitive,” the now-star commentator said.

While lauding the organisers for getting things together during the pandemic, she suggested that going forward – if possible, a three-match WTC final should be held. Chopra said: “Going forward if you can plan things better, why not. But given the current pandemic situation, it is been difficult to organise this one-off Test as well.”

Finally, she was asked to describe Rohit Sharma and Virat Kohli as leaders. She felt it is unfair to compare the two as both of them have done well as leaders.

“It is unfair to compare the two cricketers as both of them have been successful as leaders in their capacity. Rohit is phenomenal in the IPL, whereas Kohli has been leading India well, and hence they have become a force to reckon with,” she concluded. 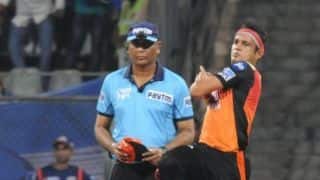 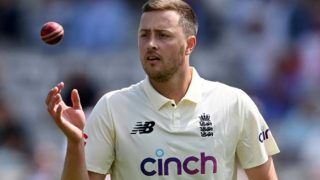