Hardik Pandya is on cloud nine after leading Gujarat Titans to a win in IPL 2022.

New Delhi: India all-rounder Hardik Pandya is on cloud nine after taking Gujarat Titans (GT) to a win in the IPL 2022. Pandya, who had no prior experience of leading a team, showed great maturity as a captain and took his team to glory. The leadership role also got the best out of him as a player as he scored 487 runs and also took eight wickets.

In an era that was dominated by Virender Sehwag, Sachin Tendulkar, Rahul Dravid and VVS Laxman, Wasim Jaffer made a name for himself. The Mumbai batter scored truckloads of runs in domestic cricket and earned his place in the power-packed Indian team. Jaffer, who is the first Indian opener to score a century in South Africa, played 31 Tests, scoring 1944 runs including five centuries and 11 half-centuries.

“Like everyone, I had favourite cricketers,” Pandya said on the SG podcast. “I liked Jacques Kallis, Virat, Sachin sir. There are so many greats that you can’t pick. My favourite cricketer was actually Wasim Jaffer. I used to love watching him bat. Someone I always placed him above other legends. Somehow, I used to copy his batting, but I was never able to get his class.”

Hardik Pandya also opened up on his equation with brother Krunal Pandya, who was bought by LSG for the IPL 2022. Hardik termed Krunal as his backbone and said that there is no sibling rivalry between the two as both players are completely different cricketers.

“Krunal and I are each other’s backbone. We talk cricket, life and a lot of things. If you would have asked me six years before that both you brothers would play for India together, I would take it.”

“Krunal and I were completely different cricketers. He was a left-handed batter who could bowl while I used to bowl leg spin and bat right-handed. He used to bat at 4-5 and I used to bat at No. 3. We never had a rivalry because our roles were always different. I used to play Under-16, he played Under-19. But we were there for each other so make sure we improve in all departments,” he said. 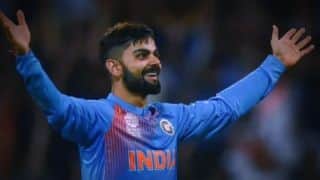