Yuzvendra Chahal is playing red-ball cricket after a gap of two years. He last played for Haryana in the Ranji Trophy quarterfinal back in December 2016.

Legspinner Yuzvendra Chahal is playing red-ball cricket after a gap of two years. He last played for Haryana in the Ranji Trophy quarterfinal back in December 2016. However, since then, Chahal has been busy with limited-overs assignments that has forced him to solely focus on white-ball cricket.

He’s currently representing India A in two-Test (unofficial) series. The returns aren’t impressive but Chahal is aiming for improving his overall bowling skills in a format he feels challenges a bowler much as wickets are hard to come by.

“In ODIs and T20s, if the run-rate is high, then the batsman tries to go after you and get out,” Chahal was quoted as saying by ESPNcricinfo. “But in the longer form you need to get them out with your skills. You need to use your brain more. So it’s quite different because you need to bowl 30-35 overs here, but only four overs in T20s.”

Chahal, 27, was part of India’s limited-overs squad during the tour of England and Ireland. He finished with eight wickets in nine matches and then returned home to join India A squad for the unofficial Tests as India began their preparations for the England Test series.

India have announced squad for the first-three Tests but Chahal isn’t fretting over whether he will get a call-up. “Not even thinking about the squads for the last two Tests in England. My experience of England was very good because it was my first tour, but my focus is on this game. If my name doesn’t come, then my mind will be on the Asia Cup. So I’ll shift my focus on that series after this game,” he said.

India A coach Rahul Dravid recently advised Chahal to play more red-ball cricket. And the importance of the format isn’t lost on Chahal who has played 26 ODIs and as many T20Is in his brief career so far. “Because there’s a difference between red and white, so the selectors sent me here. A two-year gap is a long time, and I need to stay fit for longer periods, because you need to bowl 30-35 overs a day. It’s difficult to bowl a good ball but to take a wicket off it, that’s even more difficult. The more I play this format, the more I’ll mature,” he said. 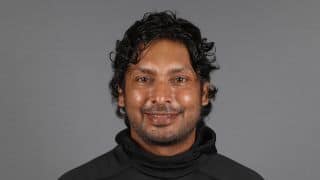